Fiduciary Rule “In Jeopardy” Under Trump

The Republican's hostility to all things Obama sets the stage for dramatic departures on financial regulation.

Donald Trump's upset election victory sets the stage to overturn signature aspects of President Obama's legacy on financial matters, including the Department of Labor's (DoL) fiduciary regulation, which is set to be phased in starting in April 2017.

"The rule could be in jeopardy," says Barbara Roper, director of Investor Protection at the Consumer Federation of America, an investor advocacy group.

Reversing the fiduciary standard on retirement accounts—which would upend firms’ costly efforts to comply with the regulation—is not a foregone conclusion. Although Trump repeatedly stated his opposition to Obama's policies, he often refrained from spelling out his proposals in detail during the campaign.

The Trump campaign states on its website that it would put a moratorium on new regulations and require federal agencies to prepare a list of all regulations, from most to least critical. "Least-critical regulations will receive priority consideration for repeal," the website says.

"It's really hard to predict what a Trump administration would look like on these issues because there are so few specifics out there," Roper says.

Rolling back the regulation would upend the plans of many brokerage and advisory firms, which have been spending heavily to prepare their systems and advisors for it.

Merrill Lynch, which has said it will cease offering commission-based IRAs to comply with the rule, has even created a fiduciary-based advertising campaign: "This is a positive step forward for the industry and great news for investors. At Merrill Lynch, we support it wholeheartedly."

Upending Obama's Legacy
An appointment of new commissioners to the Securities and Exchange Commission (SEC) is another arena where the Trump administration could early on exercise its power and influence. The commission currently has two openings; in addition, SEC chairwoman Mary Jo White likely will leave next year. Regardless, efforts to extend the fiduciary rule to nonretirement accounts, which the SEC was authorized to do by the Dodd-Frank Act, are a likely nonstarter.

Clients as well as advisors may at some point enjoy tax cuts under President Trump, who has promised "the biggest tax reform since Reagan," according to the president-elect's website.

The markets also could be in for a period of volatility, since investors tend to fear periods of uncertainty, and it’s unclear which of Trump’s policies will be emphasized or, potentially, enacted.

Of course, campaign promises are sometimes ditched once a president faces the reality of governing.

"It's hard to know in advance what'll be in a president's mind," says Knut Rostad, president of the Institute for the Fiduciary Standard. "Who would have thought that Nixon would be the president to open up relations with China?" 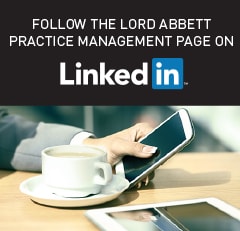