The Data Point That Helped Put Recession Fears to Rest

Since November 2019, there’s been a shift in the U.S. recession narrative—and, as our expert highlights in his column, the unemployment rate may have been the key.

On August 16, 2019, Financial Times columnist Rana Forooha, in an interview with CNN’s Fareed Zakaria, spoke confidently of her belief that a global recession had begun; in fact, she said, she had already moved all her savings to cash.

In that same month, 40% of economists polled by the Associated Press expected a U.S. recession in 2020. During the last week of August 2019, the yield on the U.S. 10-year Treasury hit 1.46%, the option-adjusted spread of the Bloomberg Barclays High Yield Index widened to 444 basis points, and the S&P 500® Index experienced a 5% drawdown.*

Why the gloom?  Was the realized economic data that bad? The U.S. gross domestic product (GDP) was 2.0% and 2.1% in the second and third quarters of 2019, respectively, largely reflecting a slowdown in global trade. That was down from 2.9% in 2018, but did not approach a level that we would expect to see in a recession.

Fast forward a few months and the mood had changed. We saw headlines such as “Joy Replaces Gloom Among Global Investors as Recession Risk Fades” (Bloomberg Businessweek, November 2019) and “Is the Global Economy About to Rebound?” (Financial Times, November 2019). State Street Global Advisors reported that investors’ flows as measured by their proprietary institutional investor data had turned ebullient by November 25.

Why the joy?  Had global trade rebounded? Not according to the figures at the time, which showed global trade basically treading water in the third quarter of 2019, although there were some signs of progress in the trade talks between China and the United States.

The shift from gloom to joy—irrespective of the data—is an example of what Noble prize-winning economist Robert J. Shiller calls a shift in economic narrative—in this case, from a conviction that recession is overdue and thus is near at hand to a new belief that the good times can continue. In his recent book, Narrative Economics, Shiller describes economic narratives as the “viral spread [through word of mouth, the news media, and social media] of popular narratives that affect economic behavior.”

Shiller argues that, throughout history, economic narratives have pushed financial markets through periods of excessive optimism and excessive pessimism, the latter of which is defined—after the fact—as a period when the real stock market price is wildly away from two measures of present discounted value. We see an example of this in the early 1920s, as illustrated in Chart 1.

Chart 1. The Excessive Pessimism of the Early 1920s is Reflected in the Gap Between Stock Prices and the Present Discounted Value (PDV) of Dividends
S&P 500® Index stock prices with three alternative PDVs of future real dividends 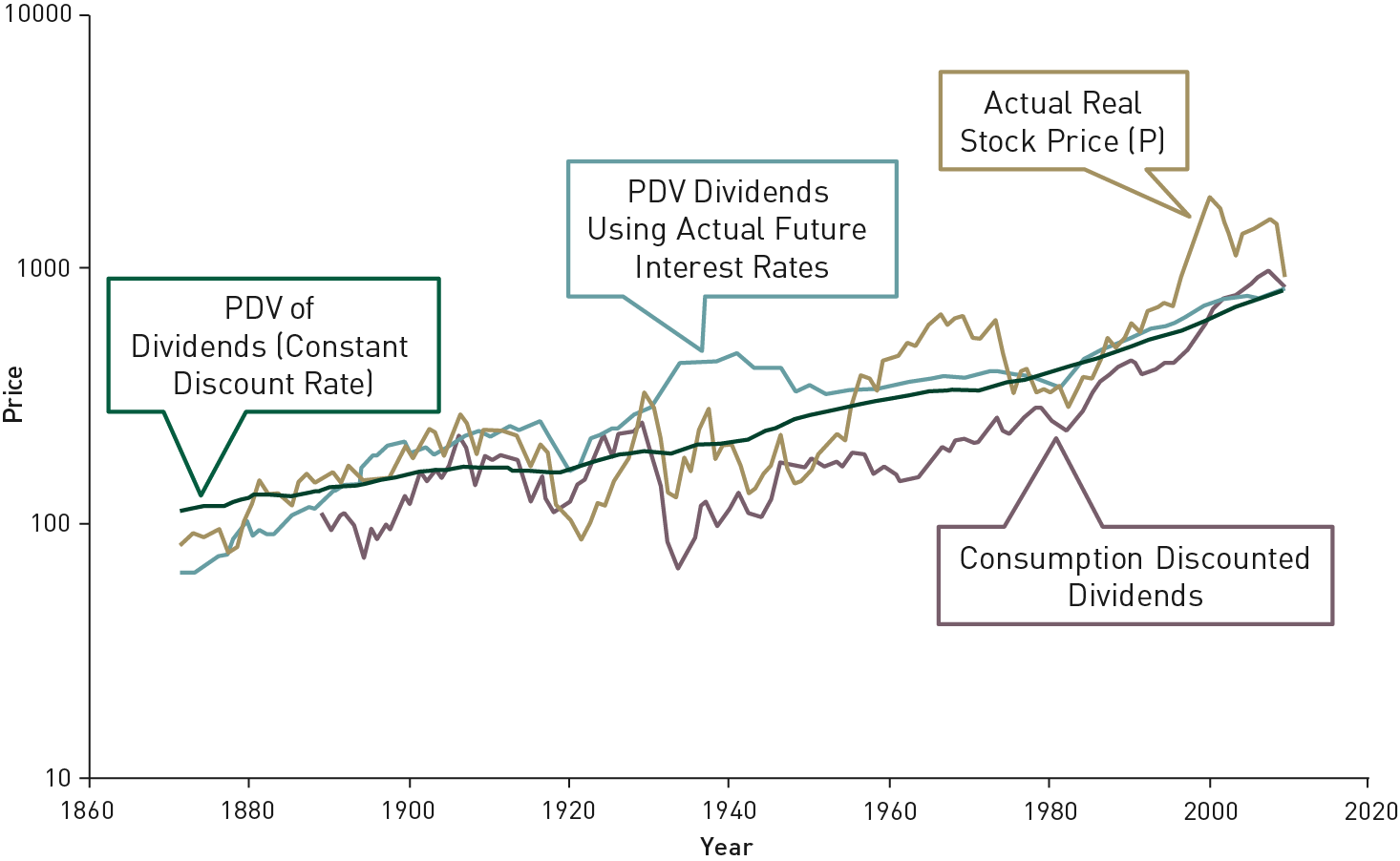 Source: “From Efficient Markets Theory to Behavioral Finance” by Robert J. Shiller, originally published in the Journal of Economic Perspectives, Winter 2003. The chart computes for each year since January 1860 the present value subsequent to that year of the real dividends paid on the S&P 500® Index (Actual Real Stock Price), discounted by a constant real discount rate equal to the geometric average real return on the same index. Present Discounted Value (PDV) is the amount an investor should be willing to pay in the present for a stream of expected future payments. The Constant Discount Rate is the interest rate used to determine the present value for future cash flows.
For illustrative purposes only and does not represent any specific portfolio managed by Lord Abbett or any particular investment. Indexes are unmanaged, do not reflect the deduction of fees or expenses, and are not available for direct investment. Past performance is no guarantee of future results.

A Chart of Historical Importance

Chart 1 sparked a major controversy in academia and posed a challenge to efficient markets theory, particularly its belief that stock prices always incorporate the best information about fundamental values and that prices change only because of good, sensible information. Shiller: “One finds that the present value, if plotted through time, behaves remarkably like a stable trend. In contrast, the S&P 500 Index gyrates wildly up and down around this trend….How, then, can we take it as received doctrine that, according to the simplest efficient markets theory, the stock price represents the optimal forecast of this present value, the price responding only to objective information about it? … The stability of the present value through time suggests that there is excess volatility in the aggregate stock market, relative to the present value implied by the efficient markets model.”

Looking back at 2019, it’s worth asking what lay behind the shift from gloom to joy in the financial markets. Did a change in narrative occur? Are we in the throes of a new economic narrative? And what might that narrative be?

As the realized data of our gloom and joy periods suggest, economic narratives can spread like a disease epidemic and may be impervious to truth. But their disease-like characteristics (i.e. contagion) mean that eventually contagion rates clash with recovery rates. If everyone is infected with the recession bug, then there is no one left to infect.

Shiller (and I’m simplifying his argument here) puts important emphasis on framing and other tenets of bounded rationality, opportunities for repetition of the narrative, and a constellation of narratives that adds up to a bigger fever.

An example of a constellation may be the “Sahm Rule”—a measure that uses the unemployment rate to flag the onset of a recession more quickly than the current process led by the National Bureau of Economic Research (NBER) that formally dates business cycles.

Developed by a research economist, Claudia Sahm, at the U.S. Federal Reserve (Fed), the Sahm Rule argues that when the three-month average unemployment rate rises 0.5% above the low of the previous year, the economy has just entered, or is about to enter, a period of contraction. Currently, the rule suggests that we are clear of a recession.

This idea of a sudden shift in unemployment confirming a recession may have existed in some form far earlier than June 2019, when Claudia Sahm first published her research. For example, William C. Dudley, president and chief executive officer of the Fed Bank of New York, mentioned almost the same premise in a January 2018 speech. But Dudley is a central banker and, in today’s zeitgeist, are you going to believe the establishment?

Meanwhile the rule spread like a wildfire. Since its release in June 2019, Ms. Sahm’s rule has been flagged in Wall Street research notes and news reports and added to the Fed’s Bank of St. Louis economic database (known as FRED). In November 2019, an article in The Wall Street Journal posed the question: “Are We in a Recession? Experts Agree: Ask Claudia Sahm.” Notable quote: “It also helps that Ms. Sahm, unusual for a Fed staffer, is active on Twitter….”

Moreover, Ms. Sahm recommended her rule be used as a way to automatically trigger stimulus payments to households to offset the sting of rising joblessness, without waiting for politicians to sort through the data and vote on a stimulus package. Not surprisingly, lawmakers on Capitol Hill have asked for briefings.

I would definitely not argue that the virulent spread of the Sahm rule was the single framing mechanism for the newfound narrative of optimism. Positioning indicators were extreme. Valuation spreads for low volatility and growth versus value were stretched. But the spread of the Sahm rule was certainly part of a constellation of narratives that shifted the economic narrative notably in November 2019 and continues to this day.

*All data herein has been sourced from Bloomberg, except where otherwise indicated.

(Note: The most interesting recent trend in economics, in my opinion, is a shift to analyzing the narratives put forth by economists rather than their numeric forecasts. More on this in a future column.)

A basis point is one hundredth of one percent.

The information provided herein is not directed at any investor or category of investors and is provided solely as general information about our products and services and to otherwise provide general investment education. No information contained herein should be regarded as a suggestion to engage in or refrain from any investment-related course of action as Lord, Abbett & Co LLC (and its affiliates, “Lord Abbett”) is not undertaking to provide impartial investment advice, act as an impartial adviser, or give advice in a fiduciary capacity with respect to the materials presented herein.  If you are an individual retirement investor, contact your financial advisor or other non-Lord Abbett fiduciary about whether any given investment idea, strategy, product, or service described herein may be appropriate for your circumstances.

Source: Bloomberg Index Services Limited. BLOOMBERG® is a trademark and service mark of Bloomberg Finance L.P. and its affiliates (collectively “Bloomberg”). BARCLAYS® is a trademark and service mark of Barclays Bank Plc (collectively with its affiliates, “Barclays”), used under license. Bloomberg or Bloomberg’s licensors, including Barclays, own all proprietary rights in the Bloomberg Barclays Indices. Neither Bloomberg nor Barclays approves or endorses this material, or guarantees the accuracy or completeness of any information herein, or makes any warranty, express or implied, as to the results to be obtained therefrom and, to the maximum extent allowed by law, neither shall have any liability or responsibility for injury or damages arising in connection therewith. 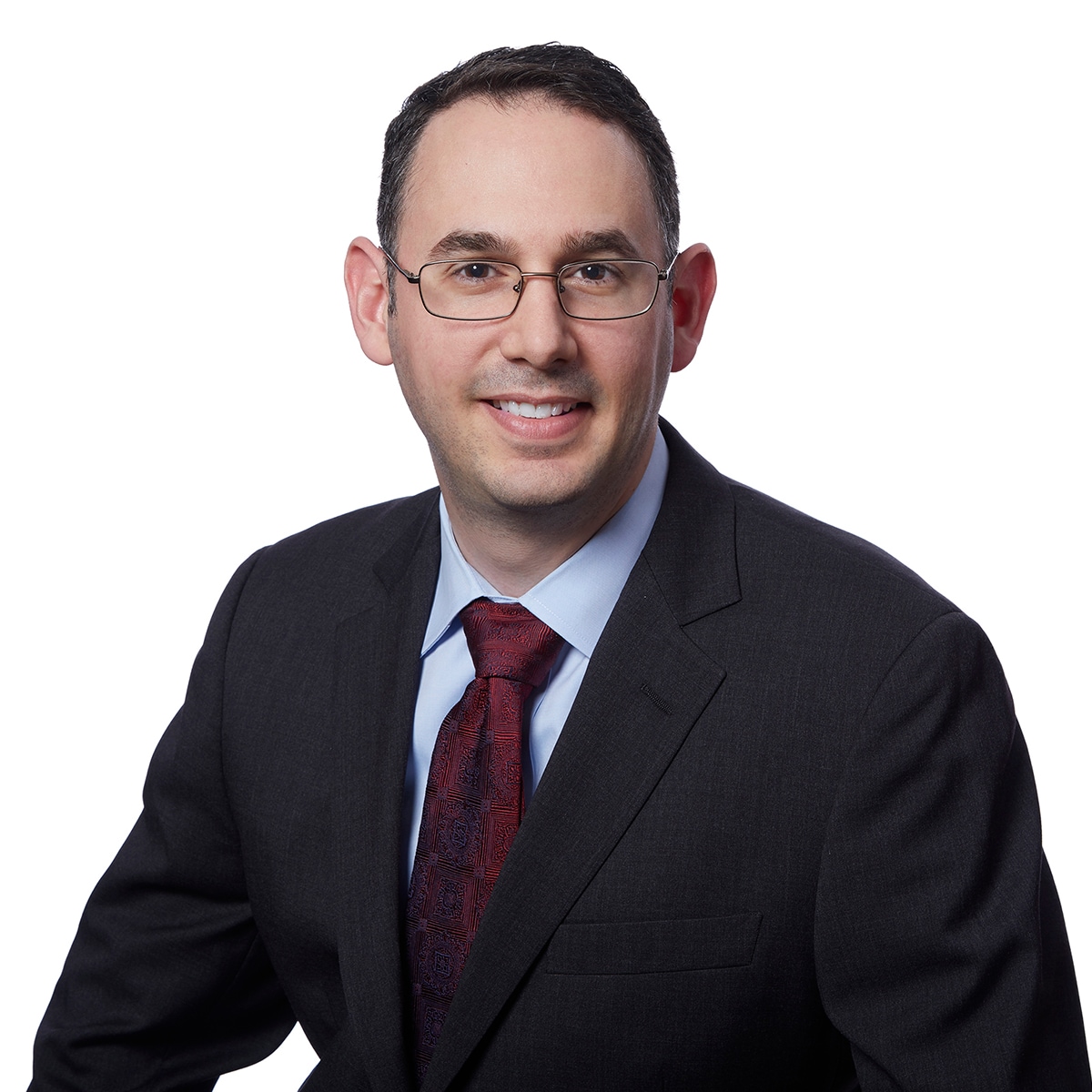